Cardrona and Treble Cone are going “All In” with their latest campaign, challenging themselves and the rest of the New Zealand ski industry to commit to equitable gender representation in snow sports media.

The Southern Lakes ski areas have produced two film pieces ahead of the upcoming winter – the first is a celebration of great skiing and snowboarding, exclusively featuring female athletes.

The second film is a short documentary about the experience of women in the New Zealand snow sports industry, which will be released on June 9. The documentary, All In, interviews Kiwi snow sports stars like Freeride World Tour champion Jess Hotter and Olympians Cool Wakushima and Janina Kuzma, alongside women’s health professionals. 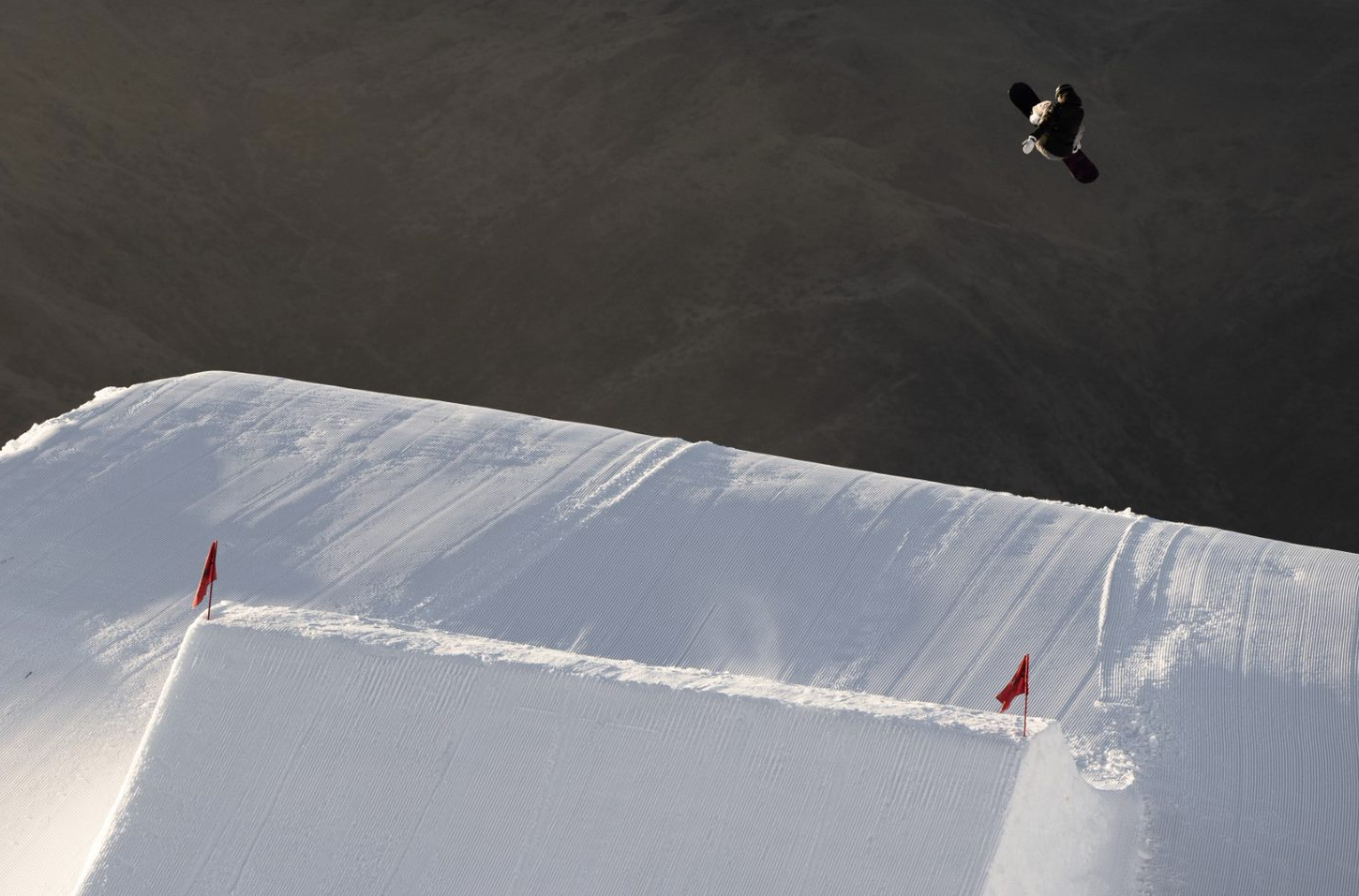 Cool Wakushima, seen here at Cardrona, will feature in the film All In, a celebration of Kiwi women in snowsports

All In is a celebration of Kiwi women in snow sports. It highlights the challenges that many face, whilst also discussing hopes for a more equitable future in the New Zealand snow sports industry.
This project came about after a journey of self-reflection by the Cardrona and Treble Cone team.

“At the end of 2020, our team took stock of gender representation in our social media content,” says Laura Hedley, General Manager of Experience for Cardrona and Treble Cone. “It quickly became clear that we were perpetuating gender stereotypes, often reducing women to ‘lifestyle’ content.”

Cardrona and Treble Cone social media audiences consist of nearly 45% women. Despite this, during Winter 2020, only 29% of skiing and snowboarding content featured women in any way. Posts showing women actively participating was even less, at 15% of total, and in many cases were a single shot in a longer clip featuring mostly men. 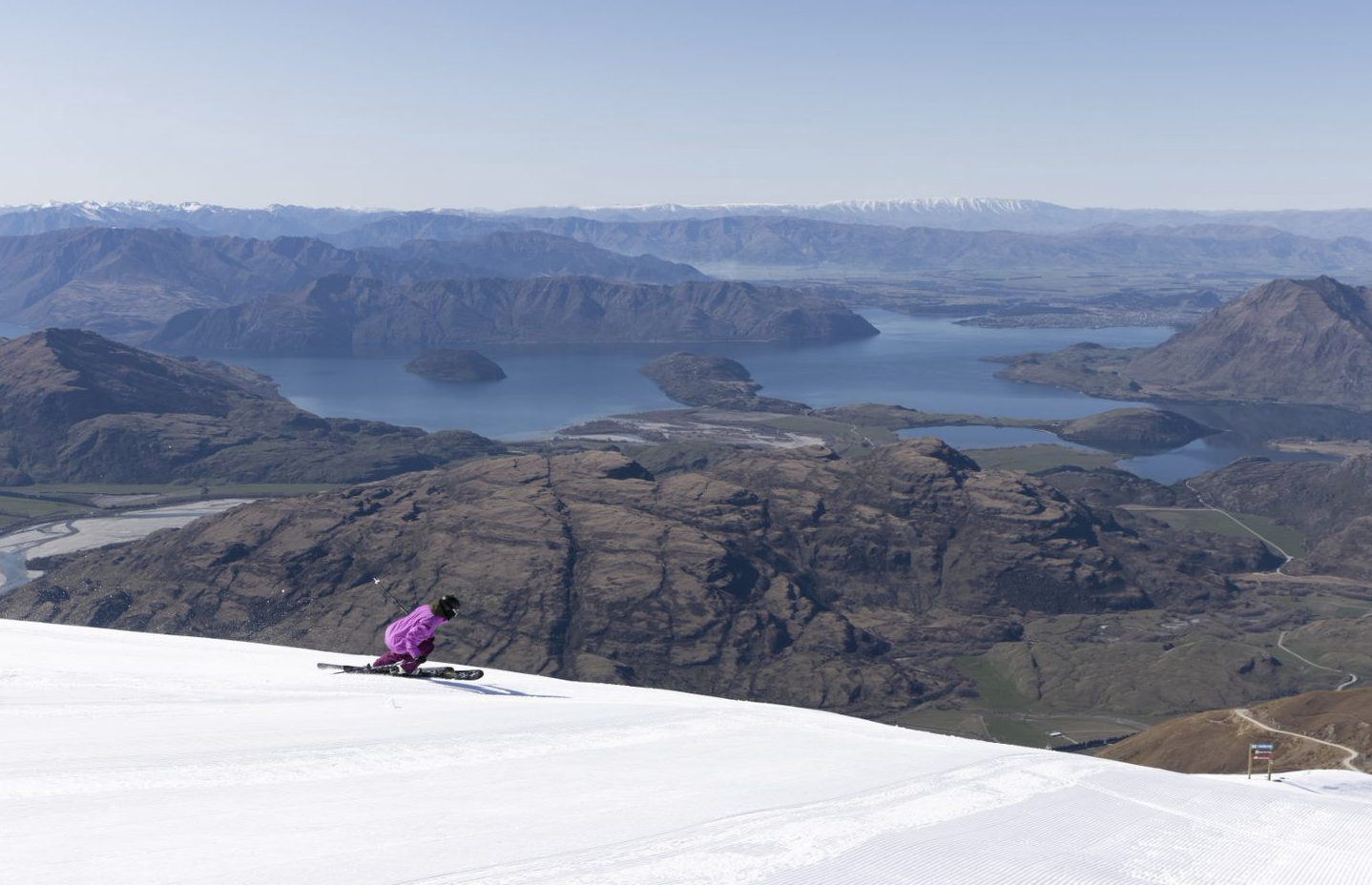 Janina Kuma, a leader in New Zealand snowsports, laying it over on the Treble Cone corduroy.

Since then, Cardrona and Treble Cone have started to tip the balance. During Winter 2021, more than 50% of their social media content featured women. In 2022 the ski areas made the bold decision to exclusively feature women in the advertising of their two biggest pre-season campaigns, the annual Earlybird season pass and multi-day pass sales. This was a first in New Zealand and proved that focusing on women in sport can be incredibly powerful, both visually and in driving commercial success.

Moving forward, Cardrona and Treble Cone are committing to equitable gender representation in all marketing media, encouraging more people to find their passion in the mountains. They are challenging other snow sports brands to join them.

“We know that this is just a good start – it’s not all that needs to be done,” says Hedley. “We’ll keep asking ourselves and others the questions that need to be asked. We’ll listen, we’ll learn, and we’ll keep making change.”

“However, this change can’t be something we do alone,” she says.

All In screens at Après Wānaka (50 Cardrona Valley Road) at 7pm on Thursday, June 9 and online at cardrona.com/all-in. The premiere event will include an industry pre-viewing, athlete Q+As, and fundraising for the Cardrona Foundation. All In is supported by ski area partners icebreaker, Dragon Alliance, GoPro, The North Face and Yeti.