ISPO: Digitization Is Becoming Increasingly Important To The Sports Industry

The second ISPO Digitize Summit, which ended last week, presented top speakers such as Moritz Hagenmüller from Accenture Strategy, Steffen Hack and Tim Janaway from adidas, Sebastián Lancestremère from Microsoft and Carsten Keller from Zalando SE.More than 500 participants attended the event to find out about the opportunities of digital change in the sports industry. After the Summit, the Electronic Sports Competition (ES_COM), the first eSports and Gaming Festival in Munich, was held for the first time. It showed how great the interest in eSports and thus the potential for the sports business is. 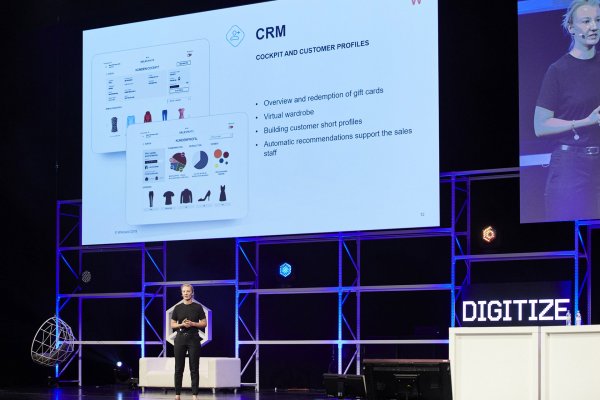 The ISPO Digitize Summit was successfully continued with top speakers.

At the second ISPO Digitize Summit held in Munich on July 3 and 4, experts discussed amongst others how the future of retail can be shaped and the point of sale digitized, what opportunities eSports can offer and where the opportunities for AI-based business models lie in the sports and fitness industry or what digital change management and standardization in the value chain can look like. The response was consistently positive and is reflected in the figures: more than 500 participants were on site, around a third of whom came from abroad. Christoph Rapp, Project Manager ISPO Digitize Summit: “The awareness in the industry of how important digital know-how is has grown significantly compared to the previous year. The great interest confirms that we have made the right strategic decision with the ISPO Digitize Summit”. In addition to this summit, ISPO accompanies the digital transformation in the sports industry all year round on ispo.com.

eSports promises great growth potential for the sports business. The Electronic Sports Competition (ES_COM) was held for the first time in Munich from 5 to 7 July. On three days more than 860 eSports and gaming fans as well as influencers gathered and were enthusiastic. The nearly 20-hour live program generated more than 145,000 views in the livestream via Twitch. In total, the event had a reach of 6.5 million. Highlights included the finals of Super Smash Bros. Ultimate, Mario Kart 8, Just Dance and the AMD Masters Rocket League Cup. For the start of the new “A Toy Story” movie a Roblox Game Jam was realized with the support of Disney. The participants could build their own game in workshops. On Sunday the offline FIFA tournament ended with about 400 games. The participants could build their own game in workshops. The offline FIFA tournament with around 400 players concluded on Sunday.