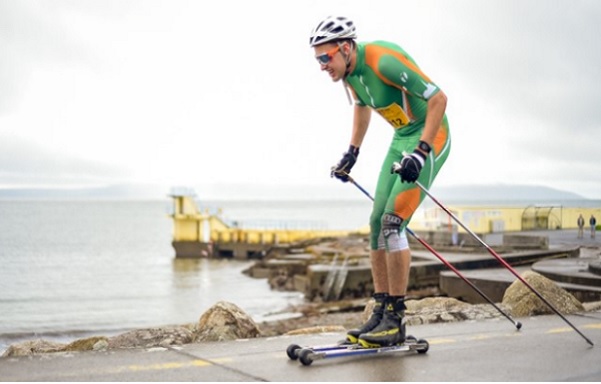 Winter 2020 has not been kind to skiers around the Globe. In Europe the lack of snow has resulted in cancellation of several large skiing events. Unfortunately this time also Finlandia-hiihto has been cancelled - for the first time since 1973.

Finlandia-hiihto (Swedish: Finlandialoppet, English: Finlandia Ski Marathon) is a long-distance cross-country skiing competition, held in Finland each February. Initially, the track stretched from Hämeenlinna to Lahti via Lammi. Since the original course went across several lakes and the ice quality varied from winter to winter, the race was later moved to a location near Lahti.

The Executive Committee of Finlandia-hiihto made the decision to cancel the event at Monday evening, February 10, 2020, after considering that the current weather conditions which make it impossible to organize the event. The combination of heavy rainfall and high wind speeds have thawed the tracks into a very poor condition. The weather forecast for the next 10 days shows there is no hope of improvement.

In the coming days they will notify each participant by email that the event has been cancelled. We will also tell them how  compensation can be redeemed when the registration to 20.-21.2.2021 event begins.

The first ever Finlandia-hiihto was to have taken place on a course leading from Hämeenlinna to Hyvinkää. However, due to a lack of snow, the race had to be cancelled. The debut event took place the following year, 1974, with a 75-kilometre course from Hämeenlinna to Lahti. In 1976, the race already attracted 3,500 participants from 14 countries. Finlandia-hiihto has been a part of the Worldloppet series since it was founded for the 1978-1979 season.

In 1982, Prince Tomohito of Mikasa from Japan took part in Finlandia-hiihto. That year also saw the number of participants exceed 10,000 for the first time. Two years later, with more than 13,000 participants, Finlandia-hiihto broke the Guinness World Record for the biggest mass skiing event in the world. In 1986, the use of the skating technique was allowed for the first time, but the ban was reintroduced in 1988. In 1990, a separate freestyle race was held on the day before the classic technique competition. The separate freestyle race was soon discontinued, but re-established in 2007.

Due to poor snow conditions in the 1990s, the event had to be moved five times from Hämeenlinna to Lahti. Consequently, a decision was made to change the location permanently, and from 2001 onwards the Finlandia-hiihto has been raced on a course that takes the competitors from Lahti to Hollola and back.

In 2011 Finlandia-hiihto became a part of the FIS Marathon Cup series, which boosted the prestige and visibility of the event.

Over 7,000 skiers took part in the 40th anniversary event of Finlandia-hiihto in 2013. In the same year, the Finlandia Ski Team was founded. The team takes part in cross-country ski races and mass skiing events in Finland and other countries.

Joint Conference ISSS 2021 Gets Go Ahead