Mikaela Shiffrin (Edwards, Colo.) is used to going fast on the mountain - like 80+ mph fast. However, this week she spent some time with a group of men and women who are used to going a little bit faster: the U.S. Air Force Thunderbirds pilots. And by "a little bit" we're talking about 450-700 mph fast.

Shiffrin was invited by the U.S. Air Force Academy to represent the Class of 2019 and join the Thunderbirds - the U.S. Air Force Air Demonstration Squadron - for a ride-along on Tuesday, May 27th. When Shiffrin received the invite she "Couldn't pass that opportunity up...it's been a lifelong dream of mine to experience that kind of speed and feel how next level nine g-forces feel." At most, alpine ski racing athletes experience somewhere in the realm of 3.5 Gs - more than space shuttle astronauts endure during launch.

Shiffrin has won two Olympic gold medals, Olympic silver, she's the reigning three-time overall FIS Ski World Cup champion, has won 60 World Cup victories at just 24-years-old, and her accolades go on and on. But, what happened on Tuesday for Shiffrin? “The most incredible thing I’ve ever experienced,” the two-time Olympic champion said, nearly breathless, after her flight.

Shiffrin joined the Thunderbirds, riding in and even flying an F-16D twin-seat trainer aircraft out of Peterson Air Force Base in her native Colorado. She said that the trained pilots perform a series of about eight maneuvers at 450 to 500 mph that make up their show "profile." Shiffrin was invited by the U.S. Air Force Academy as part of their efforts to create a strong, long-lasting relationship with Team USA/the United States Olympic Committee to connect elite athletes with U.S. military because of their obvious parallels in discipline, determination, excellence, grit, and beyond.

Laurie Wilson, the primary public affairs contact for U.S. Air Force Academy spearheaded this initiative, noting that it made sense, being that the location was Colorado Springs, Colorado - known as "Olympic City, USA." She also had mentioned that Shiffrin was the first Olympic champion in recent history to receive an invite.

Shiffrin's excitement level was at an all-time high prior to the flight, as she was getting fitted for her flight suit, G-suit, helmet, mask, and learning about the safety protocol, oxygen, breathing techniques, and - of course - the courtesy barf bags provided. Flying for about 45 minutes, and making it through an entire show profile, said co-pilot Major Jason "Flack" Markzon (a.k.a. Thunderbird #8) - who was quite impressed - Shiffrin had the experience of a lifetime. She even was able to fly the plane herself, and coined a new maneuver known as "Wiggles" - slalom in the sky.

As a result, the other Thunderbirds pilots agreed that her "Call Sign" - nicknames given to each pilot - would be just that: Wiggles. Actually, Markzon's reply to the suggestion - made by U.S. Ski & Snowboard - was "I love it. Let's make it official when we all go skiing together. Deal?" And then, of course we invited them all to the HomeLight Killington Cup World Cup tech series in November.

Following the landing when Shiffrin finally hit solid ground, she was surprised at how out of sorts her body felt, feeling dizzy and light-headed. Fellow Thunderbirds pilots told her it was normal as your body goes "What the heck just happened to me?" when you're out of nine Gs, landing safely on the ground.

“You can’t breathe at that much force,” Shiffrin said after pulling nine Gs herself. “So you have to do the tiniest little breaths. During flight it felt like my shoulders kind of fell out of the sockets with such high g-forces. It's crazy. When we first took off and were flying through the clouds, it's the most beautiful thing. It's indescribable. You realize when you're flying through clouds just how fast you're going. I’m so dizzy. My knees are shaking.”

Stay tuned for an edit of Shiffrin's flight experience. Mikaela poses with Thunderbirds pilots prior to taking flight. Thumbs up from Mikaela in flight. Prior to taking flight, Mikaela was giddy with excitement to hop in the F-16. 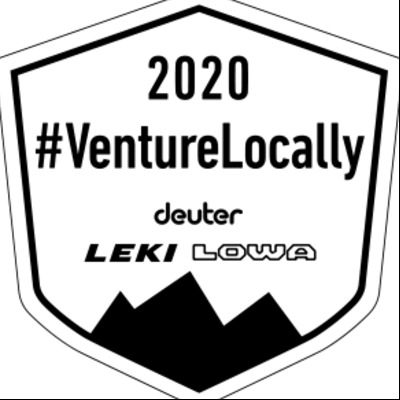