eSports have developed from a niche existence to a mass phenomenon that is followed by millions of people via livestream or in sold-out stadiums. ISPO has recognized the potential of digital sports for the sports and outdoor industry and is committed to actively shaping and advancing this area. Under the umbrella of ISPO Digitize, the engagement in the field of eSports is constantly being expanded - and the community is actively involved. 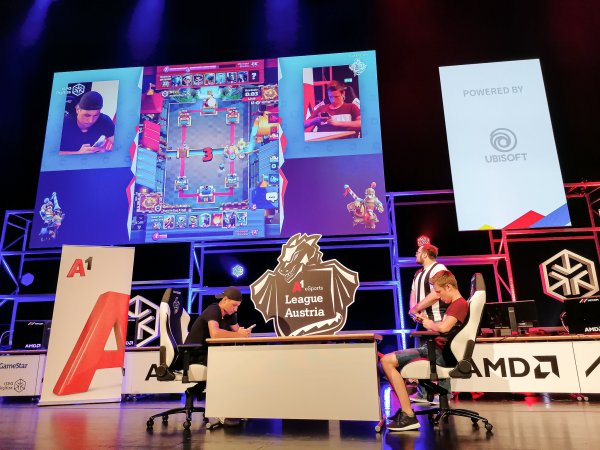 ISPO has recognized the potential of eSports for the sports and outdoor industry, is driving the topic forward and actively shaping it. Image credit: Messe München

Since 2018 ISPO has been dedicated to the topic of eSports. Over the past two years, the segment has established itself - with its own focal points and formats. Thus, ISPO not only meets the digital change, but also opens to new target groups. Christoph Rapp, International Sales & Retail Manager at ISPO and responsible for ISPO Digitize says: "Being a platform for the entire sports and outdoor industry, we also play a connecting role - between traditional and newer, digitally influenced disciplines. We open new perspectives and give the community a voice".

ISPO is asking the community members of the ISPO Open Innovation Platform about the future of eSports. The results of the survey are then analyzed and made available to the sports industry. Furthermore, they will be considered in the further planning of ISPO's eSports-specific measures and formats. Planned measures include the expansion of the existing streaming offer and the implementation of new events based on feedback from the scene. The project will run until April 20th. All participants will be entered into a raffle for high-quality prizes from the partners Tentelian, Ority and Sphery.

For further education in the field of eSports, ISPO now provides all relevant lectures from the past ISPO Munich within the ISPO Academy Webinars. Twenty coaching webinars for amateurs and semi-professional eSports enthusiasts will be following at the same place from April 10th. The tutorials in the games Rocket League and FIFA20 are held in cooperation with the platform SUPRSKILL. Well-known professionals from the scene act as coaches.

Live Broadcast of the Rocket League

For the second year in a row ISPO is the exclusive German broadcaster for the Rocket League Championship Series and shows the highest level of the Rocket League via Twitch. During the broadcasts, viewers are accompanied by the commentator team of the eSports Talent Agency 'Team FireWall'. Last year, the agency provided all Rocket League eSports commentators and presenters for the programs of ISPO.

For the implementation of all eSports services ISPO receives support from the 'Force of Disruption GmbH'. The eSports agency, based in Munich, is responsible for both strategic consulting and implementation of eSports in the ISPO network.