Alpine Canada and the Canadian Alpine Ski Team (CAST) are excited to unveil a revamped multi-tier program offering ahead of the 2020/21 season as athletes begin to prepare for the upcoming World Championship and pre-Olympic year.

Athlete nominations to the team are based on meeting published CAST nomination criteria. The Canadian Alpine Ski Team nominations guidelines are available at AlpineCanada.org.

In total, 15 athletes met A and B level criteria and are named to the World Cup team.

Four athletes have met C level criteria and are named to a Select Group within CAST. These athletes will compete primarily at the Continental Cup level with opportunities to compete on the World Cup based on performance and quota space. The Select Group is a new approach that will have these CAST Team members train and race with a mix of support from the CAST WC Team and the B.C. Ski Team.

In addition to our World Cup and Select Group of ski racers, Alpine Canada is also happy to recognize a group of athletes to the new CAST NextGen Program. This recognition is based on new criteria that have been approved and supported by all PTSOs. This program recognizes alpine athlete's performance and potential as ski racers in their journey towards the World Cup team.

The CAST NextGen Program recognizes our next generation of top ski racers. Sport programming will continue to be provided through the athletes PTSO, in coordination with Alpine Canada. These athletes are an important part of the CAST long-term program and we continue to support their development.

More information on the CAST NextGen Program including selection criteria can be found here.

“I am excited to be a part of Alpine Canada and I have a strong belief in the ability of the athletes and staff of CAST,” said McNichol. “With a clear focus on hard work and accountability, great things can be achieved.”

Alpine Canada would also like to recognize athletes who plan to continue to pursue their racing careers outside of the CAST programming. These Athletes of National Interest are an important part of our sport and Alpine Canada will track their development and engage with them on their journey. These athletes will be competing across North America and Europe striving to qualify for World Cup, Alpine World Championships, and requalifying for CAST.

Alpine Canada is also excited to name the 2020-21 Canadian Para-Alpine Ski Team including two NextGen athletes. The team, which captured 22 World Cup podiums last season looks to keep the momentum going in the right direction as they move into a World Championship season.

Athlete nominations to the team are based on meeting nomination criteria. The Canadian Para-Alpine Ski Team nominations guidelines are available at AlpineCanada.org.

Both Rowland and Gosselin have been named to the NextGen Program and will be focused on developing their skills to perform on the World Cup in the future.

Again this season Matt Hallat remains at the helm of the Canadian Para-Alpine Ski Team as High-Performance Director. Hoping to lead the team to another winning season on the World Para Alpine Skiing World Cup circuit will be head coach Jean-Sébastien Labrie.

“Our athletes and staff have worked hard and created a culture of excellence and it has been thrilling for all of us to see those efforts pay off on the World Cup circuit,” said Hallat. “While there is a lot of uncertainty we will continue to work hard on our own and virtually until we can get back together in the gym and on snow in pursuit of our Beijing 2022 goals.”

Finally Alpine Canada is proud to name 18 athletes to the 2020-21 Canadian Ski Cross Team. The team, which is made up entirely of returning athletes looks to build on a stellar last season which saw them win the overall Nations Cup and team veteran Kevin Drury bring home the crystal globe.

Athlete nominations to the team are based on meeting nomination criteria. The Canadian Ski Cross Teamnominations guidelines are available at AlpineCanada.org.

The Canadian Ski Cross Team will once again be supported by High-Performance Director Dave Ellis, while Stanley Hayer returns as the World Cup team head coach.

“This is an exciting time for the Canadian Ski Cross Team as we look to build on an amazing 2019-20,” said Ellis. “Going into a World Championship year we want to continue to evolve as a team, lead the world in the sport, build up our younger athletes and support our veterans to continue to be the best in the world. It is a good time for the Canadian Ski Cross Team and we cannot wait to get back onto snow, doing what we love.”

While the COVID-19 pandemic may impact the beginning of the 2020-21 season, the Canadian Alpine Ski Team will be formally introduced in the fall. 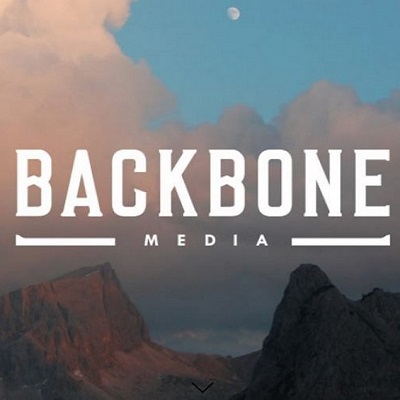