"Gravel.Tirol" Positions Itself As A Top Destination For Gravel Bikes In The Alps

18 tours, over 1,000 kilometers of routes, more than 22,000 meters in altitude, 58 partner and accommodation establishments: the four tourism associations Tannheimer Tal, Tiroler Lechtal, Tiroler Lechtal, Reutte Nature Park Region and Tiroler Zugspitz Arena have worked together across regions in the "Gravel.Tirol" project to create the largest gravel region in Tirol and to position itself as a top destination in the Alps. 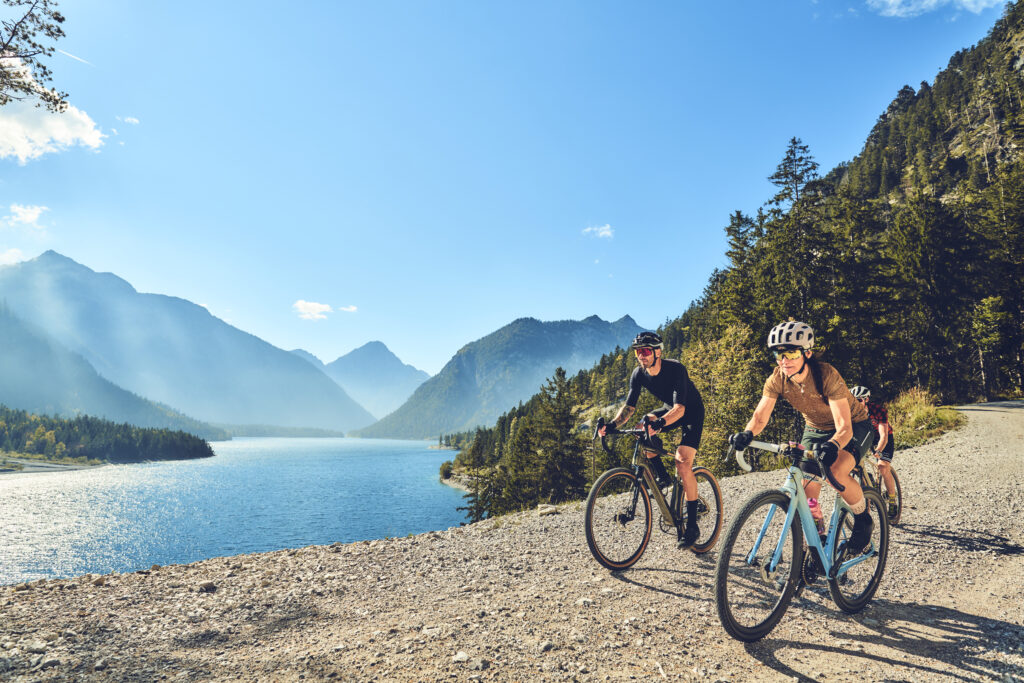 The gravel bike promises what is probably the most exciting trend in the cycling scene at the moment. Gravel bikes are sporty and agile, but also comfortable and robust. They are designed to cover longer distances and allow you to do this away from traffic on unpaved roads. The classic gravel bike can be described as a hybrid between mountain bike and road bike and combines the best of both worlds. There is no suspension like the mountain bike, but compared to the racing bike it is characterized by a slightly shorter geometry, a higher steering unit and tires that are significantly more suitable for off-road use. Gravel bikes are bikes with which you can do real sports on the one hand, but which are also suitable for travel on the other. 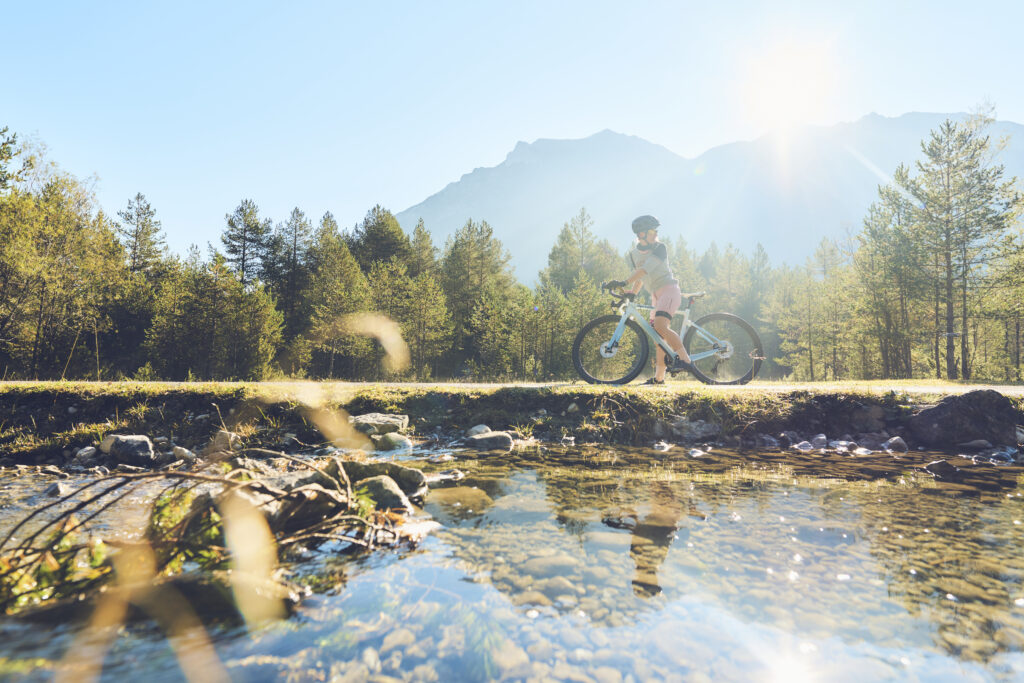 The four Ausserfern tourist regions recognized the hype topic of gravel biking and their own suitability for it earlier than many others, took it up and, in an intensive development phase, brought it to market maturity. In the development of " Gravel.Tirol ", each region was able to incorporate its own decades of cycling expertise. The Tannheimer Tal is known to be one of the top racing bike destinations, as expected, mountain bikers let off steam around the Tiroler Zugspitze, and in the nature park region of Reutte and in the Lech Valley, touring cyclists and trekking bikers in particular are settled. The intersection of the specializations became “ Gravel.Tirol“ has now developed a unique crossover offer for gravel bikers, including route suggestions, partner companies, trained guides and a joint online presence. 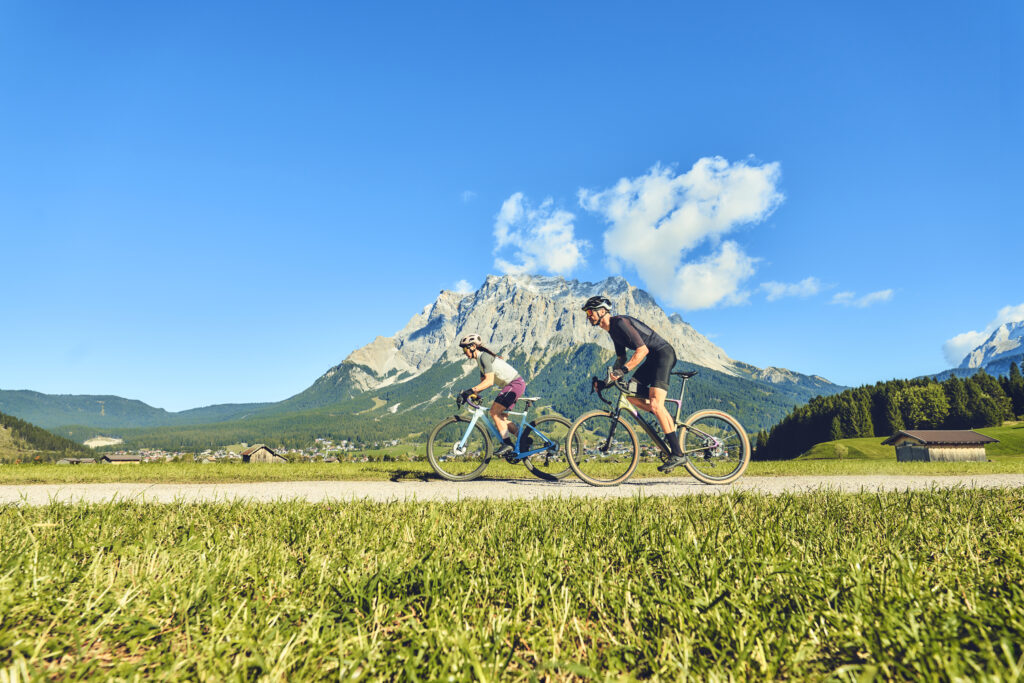 Mountains, valleys, passes, lakes: a region made for gravel bikes

Embedded in an imposing panorama of the Wetterstein mountains, Ammergau, Lechtal and Allgäu Alps, traversed by the Lech, the last wild river in the northern Limestone Alps, with numerous mountain lakes with drinking water quality: the scenic diversity and uniqueness of the four tourist regions in Ausserfern speaks for itself. In addition, there are the topographical conditions necessary for a first-class gravel bike region with extensive, rather moderate climbs and descents and a path infrastructure that includes a perfect mixture of gravel roads, dirt roads and little-used asphalt routes. During the development of " Gravel.Tirol“The existing mountain bike route network, most of which is already shown in the so-called “Mountainbike Tirol 2.0”, could be used for this. That means the bikers are 100% legal on the 18 designated routes. The entry points are distributed throughout the region and can of course also be along the routes.

It is made very easy for non-local gravel bikers because the GPX data of the tours can be downloaded from the digital map at www.gravel.tirol . If you still don't like to drive alone or would like to be guided in a group, you can join one of the specially trained gravel guides. 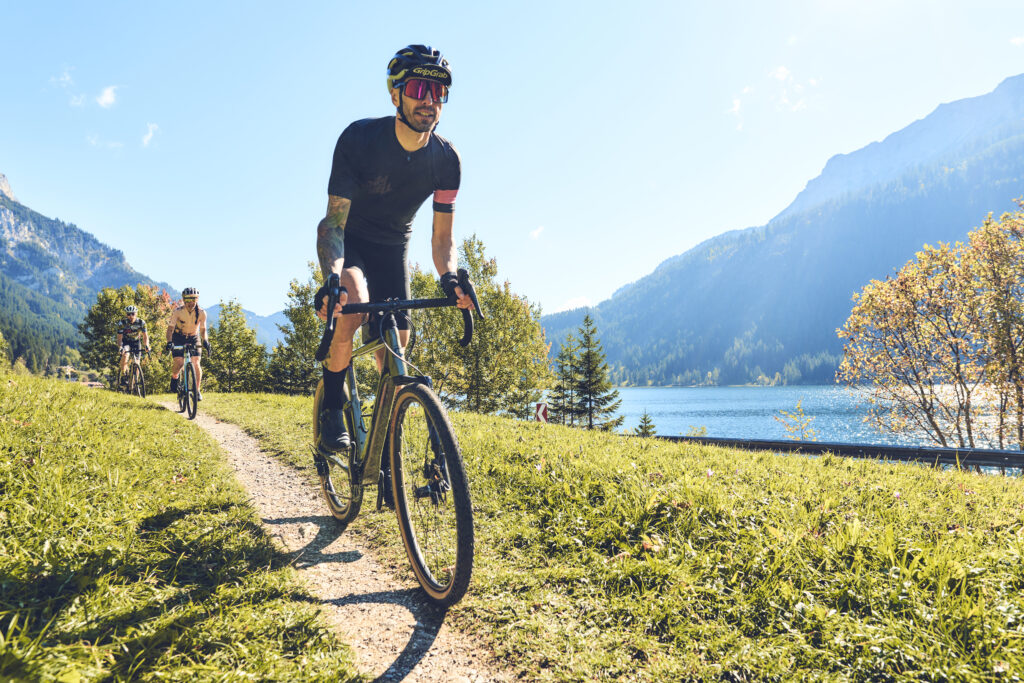 The exemplary merger of the four tourism regions of the Ausserfern forms a unique and strong offer that has the necessary appeal to survive on the market and to attract a completely new target group to the region. This perfectly complements the existing regional offers in the mountain bike, racing bike and trekking sectors. A total of 58 partner and accommodation establishments are already involved in the project. Their service ranges from the right nutrition to storage and washing rooms for bikes to competent information about cycling in the region.

Of course , the “ Gravel.Tirol ” project is far from over. Quite the contrary – the offer is to be continuously expanded and refined. All information about Tyrol's largest gravel region can be found at www.gravel.tirol .